Amlexanox as a potential novel therapeutic option for SLE

In SLE, plasmacytoid dendritic cells produce type I interferon (IFN-I) in response to RNA- and DNA-containing immune complexes via activation of endosomal toll-like receptors 7 and 9. B cells are important players in SLE pathogenesis and are directly activated by the IFN-I protein and indirectly by IFN-I induced release of B cell activating factor (BAFF) by monocytes. The cytokine BAFF is essential for B cell activation, differentiation, and survival, and high serum BAFF levels have been associated with SLE disease activity. Although inhibition of both IFN-I and BAFF has been shown to have beneficial effects in clinical trials, such therapies do not relieve all patients from symptoms and complications. TANK-binding kinase 1 (TBK-1) is an important signalling hub leading to IFN-I production and subsequent induction of interferon stimulated genes such as BAFF. 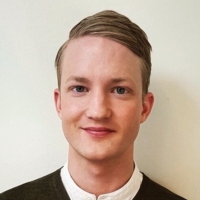 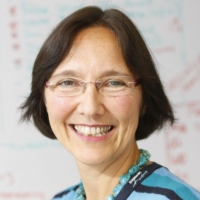 The hypothesis is that Amlexanox, by acting as a TBK-1 inhibitor, can be used as a novel therapeutic option to treat SLE by inhibiting IFN-I and IFN-I induced BAFF production. This hypothesis will be investigated by three specific objectives with the following aims:

At 3 months: the effect of Amlexanox on IFN-I and IFN-I induced BAFF production has been determined.

At 6 months: the effect of IFN-I and BAFF on B cell survival, differentiation and proliferation has been assessed and an abstract will be submitted for presentation at the annual EULAR meeting.

At 9 months: the effect of Amlexanox on B cell survival pathways has been determined.

At 12 months: at least one manuscript will be submitted for publication.

Researchers at the host institute are actively working together with ENCA (European Network for children with arthritis), Lupus Europe and the NVLE (Dutch patient organization for Lupus and other rheumatic diseases). A patient research partner associated with the Swedish Rheumatism Association is also engaged in the project. The patient partners will be actively involved throughout the study and communicate the results to the patient organizations.