Exploring treatment response in AS versus non-radiographic axSpA

Ankylosing spondylitis (AS) is the severe, end stage phenotype of axial spondyloarthritis (axSpA), which also comprises an earlier, undifferentiated state, referred to as non-radiographic axSpA. Although biologics have revolutionized the management of patients with axSpA, there are limited data evaluating the treatment response between subjects with AS and nr-axSpA. Controversy remains as to whether nr-axSpA represents a milder form with biologic DMARD (bDMARD) treatment restrictions still in place in many countries. 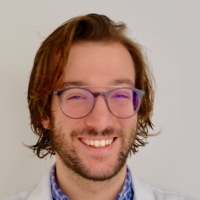 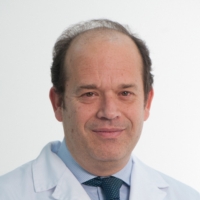 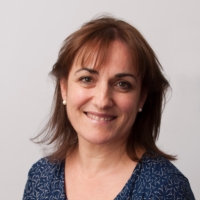 The two main objectives were:

Baseline characteristics were available for 1,145 patients. Those with r-axSpA were more likely to be male, were older, and had longer disease duration.

Although there appeared to be some differences in the baseline characteristics when exploring this cohort, according to radiographic status, which are likely related to the natural history of the disease; the level of biologic response was comparable between the groups supporting the concept of axSpA as a single disease entity.

Axial spondyloarthritis (axSpA) is a chronic inflammatory disease that affects mainly the spine. Ankylosing spondylitis (or radiographic axSpA) is the most severe form of axSpA with an earlier stage called nonradiographic axSpA (nr-axSpA) that may not show as full blown structural changes of sacroiliitis in a simple radiograph, much the same as rheumatoid arthritis may not be identifiable on xrays of hands and feet despite giving pain and stiffness in these joints. This is why it is sometimes difficult for axSpA to be diagnosed, particularly when the disease has not been present for too long. Some argue that nr-axSpA is a milder form of axSpA, although there is evidence that patients suffering from nr-axSpA may have the same symptoms and disease
burden than those affected by radiographic axSpA (r-axSpA). In some countries, there are still treatment restrictions in nr-axSpA and not all patients can benefit from biological therapies.
In order to understand the possible differences between nr and r-axSpA/AS, a study was designed to describe the baseline characteristics, biologic treatment response and treatment retention (drug survival) of axSpA patients in the British Society for Rheumatology Biologics Register in Ankylosing Spondylitis (BSRBR-AS). A total of 1,145 axSpA patients were included in this analysis. It was found that there was a higher male prevalence, older age and longer disease duration in the r-axSpA subgroup, however a similar percentage of patients (nr-axSpA: 64.2% vs r-axSpA: 66.1) achieved a state of low disease as measured by ASDAS (disease activity score for axSpA) after 1 year treatment with biologic drugs regardless of their sub-group classification (ie nr versus r-axSpA/AS). Further, drug retention was similar for both subgroups, even when adjusted for sex, age, baseline ASDAS, smoking status, disease duration, HLA-B27 and prescribed biologic.
In conclusion, this study showed that the level of biologic response and drug survival was comparable between nr-axSpA and r-axSpA in this cohort. These results add evidence that nr-axSpA and r-axSpA should be treated with the same treatment strategies, guaranteeing the access to biologic treatments to all patients with axSpA who may need them.