Neutrophils of SLE patients have reduced ability to form reactive oxygen species (ROS), which is associated with increased disease severity and organ damage. The researchers therefore wanted to investigate if this was due to genetic variants in the NCF1 gene.

ROS are important regulators of the immune system, and NCF1 gene variants were studied in relation to immunopathogenic mechanisms in SLE such as neutrophil extracellular traps (NETs), interferon (IFN) and presence of autoantibodies. 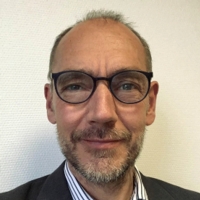 A reduced ability of neutrophils to produce reactive oxygen species (ROS) has been associated with increased severity and organ damage in SLE. This fact prompted the researchers to ask if SLE patients are genetically predisposed to have low ROS production and how this would influence pathogenesis. The role of NCF1 gene variants in SLE was investigated and then related to disease phenotypes. Additionally, the researchers characterized the role of ROS and neutrophils in regulation of key immunopathogenic events in SLE, focusing on NETosis, type I interferon production and activation of adaptive immunity.

In a first publication, a novel single nucleotide polymorphism (SNP) in the NCF1 gene was identified, resulting in a reduced function of the ROS-producing NADPH oxidase in neutrophils. The low-ROS-genotype was strongly associated with SLE, and within the SLE group patients withlow-ROS-genotype were diagnosed with SLE at a younger age. A total of 972 SLE patients, collected at four Swedish research centers, and 1016 healthy controls were genotyped in this study.

In a second manuscript (submitted for publication), an in-depth analysis of the effect of NCF1 genotype on several aspects of SLE was performed including neutrophil extracellular traps (NETs), serum interferon levels, autoantibody profiles and the presence of secondary antiphospholipid syndrome (APS).

The conclusion was that SLE patients with low-ROS-genotype have neutrophils with decreased ability to release NETs, higher serum IFN levels and presence of antiphospholipid antibodies. The low-ROS-genotype was also strongly associated with secondary APS.

In patients with the autoimmune disease systemic lupus erythematosus (SLE), the immune system is over active, leading ta chronic inflammation and damage ta organs and tissues. This research project investigated a gene variant in a gene that is important for the production af oxygen radicals. Oxygen radicals have dual roles in the immune system and both enhance and dampen inflammation. The results showed that this gene variant leads to a lower production af oxygen radicals and that it is more common in SLE patients compared to healthy controls.

Close collaboration with patients who took part in the projects.